Back in February, my wife and I took a trip to Argentina. My wife had been there before but it was my first time and also the furthest south I’d ever traveled. The trip originally came about because some close friends of ours were getting married but we wanted to make the most of it so we ended up traveling for two weeks. We connected through Miami and after a nine hour flight, landed in Buenos Aires. If you plan to travel to “BA” (it’s catching on slowly), I highly recommend downloading the “Cabify” app. We had much better luck using that too get around BA rather than Uber. Our first day in the city mostly consisted of empanadas, ice cream, and me nerding out on all the cars that we don’t see in the United States.

Our second day in the city, we were treated to a fun and relaxing day on the El Tigre river, on board our friend’s boat. We ate more empanadas, drank beers from Patagonia Brewing Company, and enjoyed the sun and cool water.

Later that evening we enjoyed some delicious burgers at a place called Mi Barrio. Prior to visiting this restaurant, I had somehow never heard of “BurgerKid” on YouTube. I tried the “Caseros” and it was most excellent.

The next day we took a 2 hour flight to Calafate in Patagonia. During the shuttle ride from the airport to our guest house, the views of Lago Argentino were beautiful but only a small preview of things to come. Our first day in Calafate we visited the Glacier Museum, which was a pretty cool learning experience.

We only spent a little over two days in Calafate but we got a surprising amount packed into that time. If we did it again, I would try for at least 3-4 days. Calafate is small and very touristy (obviously) but it’s a pleasant town with some nice little shops and good quality restaurants. Here are a few shots from walking around town. 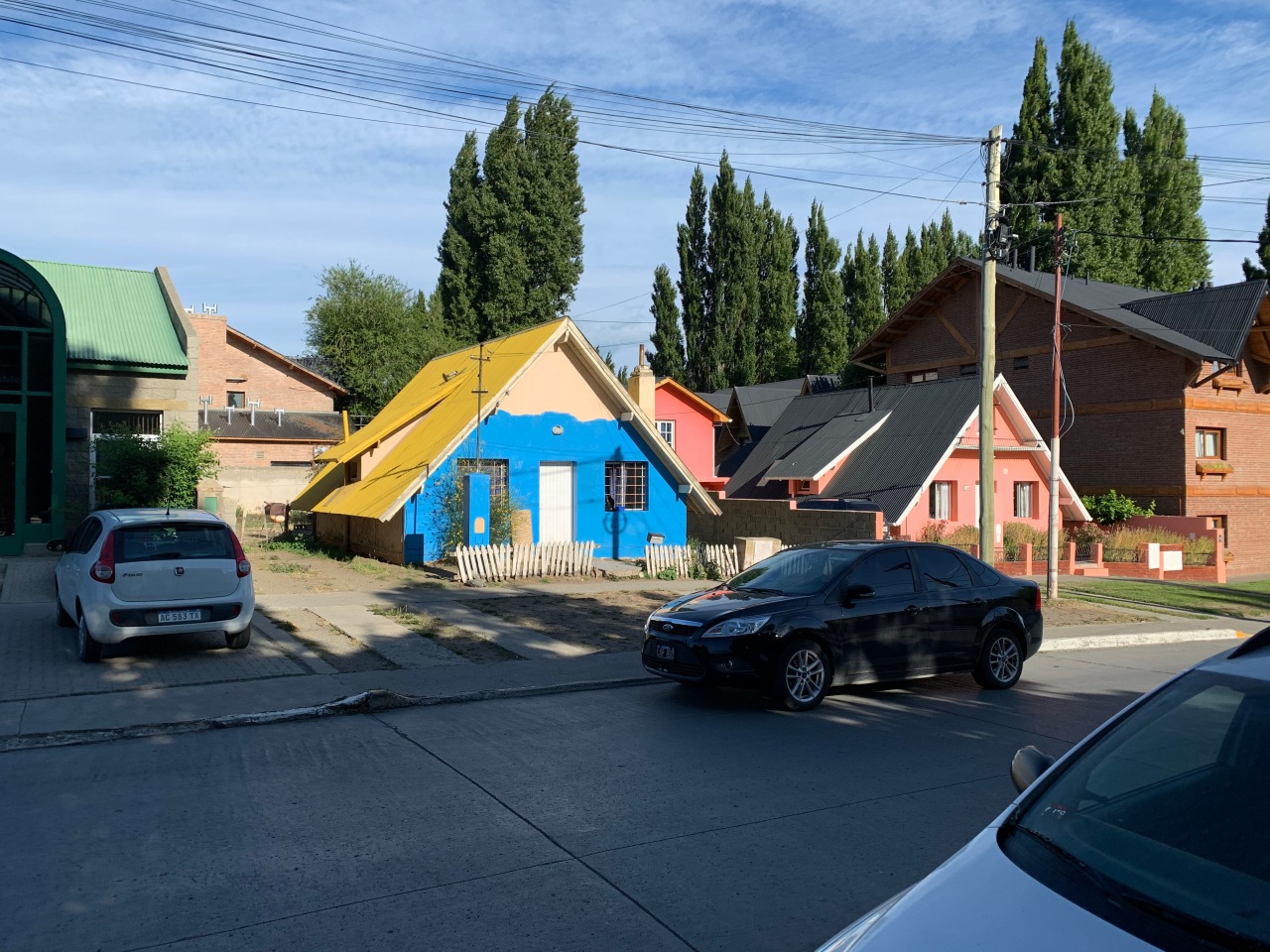 Calafate has some pretty cool and unique homes

While in Calafate, we stayed at Hosteria Los Gnomos. It was nice and comfortable, with a friendly staff, and close enough to walk to the center of town in 10-15 minutes but far enough to be pretty quiet at night.

Our first full day in Calafate started with an early morning bus ride to Perito Moreno. Some folks slept on the bus but I was too distracted by the beautiful views outside the bus windows. 🙂 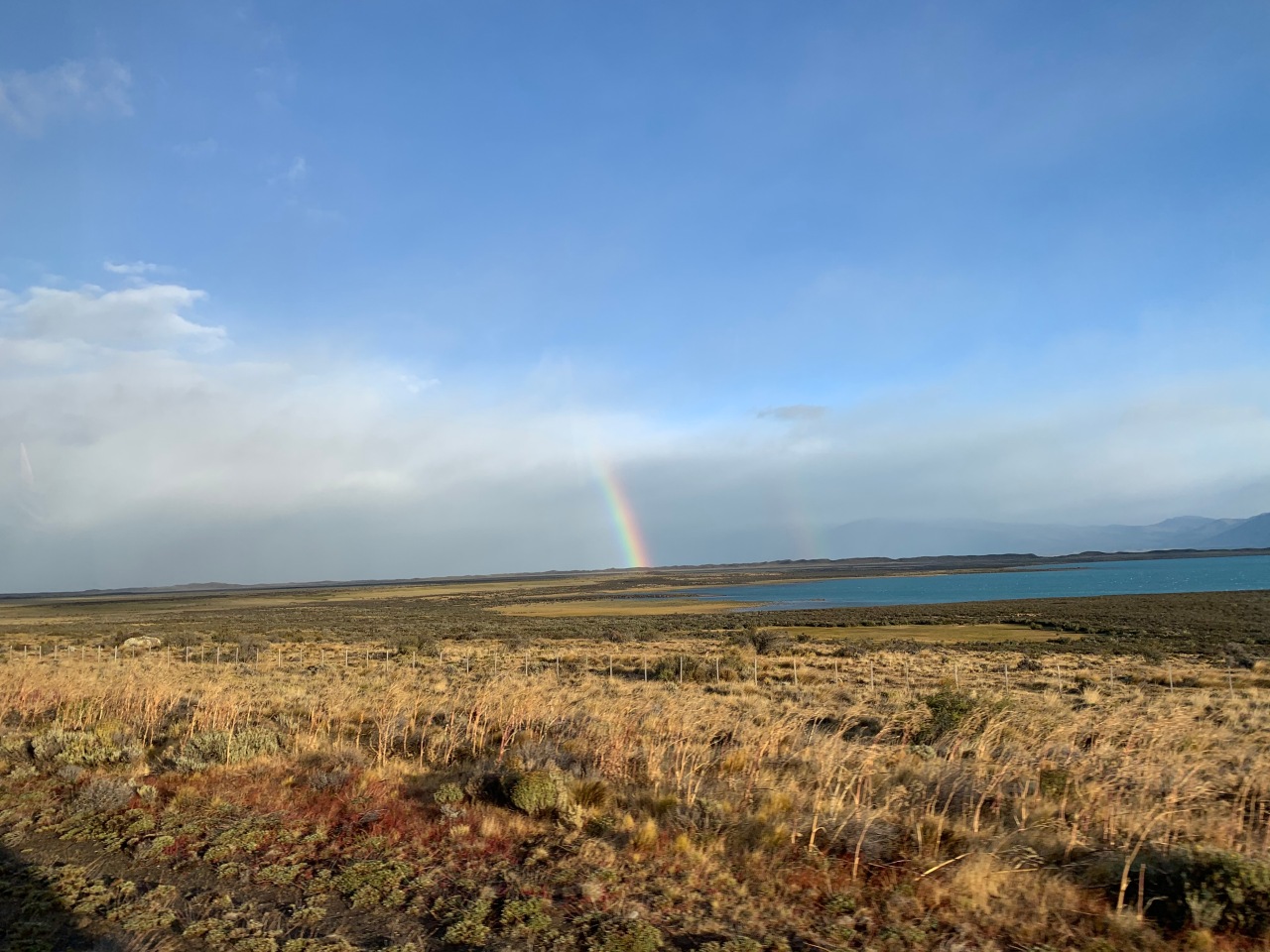 I don’t know that I have the right vocabulary to accurately capture the experience of seeing the glacier for the first time but simply put, it was amazing. Here are some of photos.

After enjoying the views of the glacier from the overlook point, we took a boat across the water.

The boat ride gave us different, but no less amazing, views of the glacier. 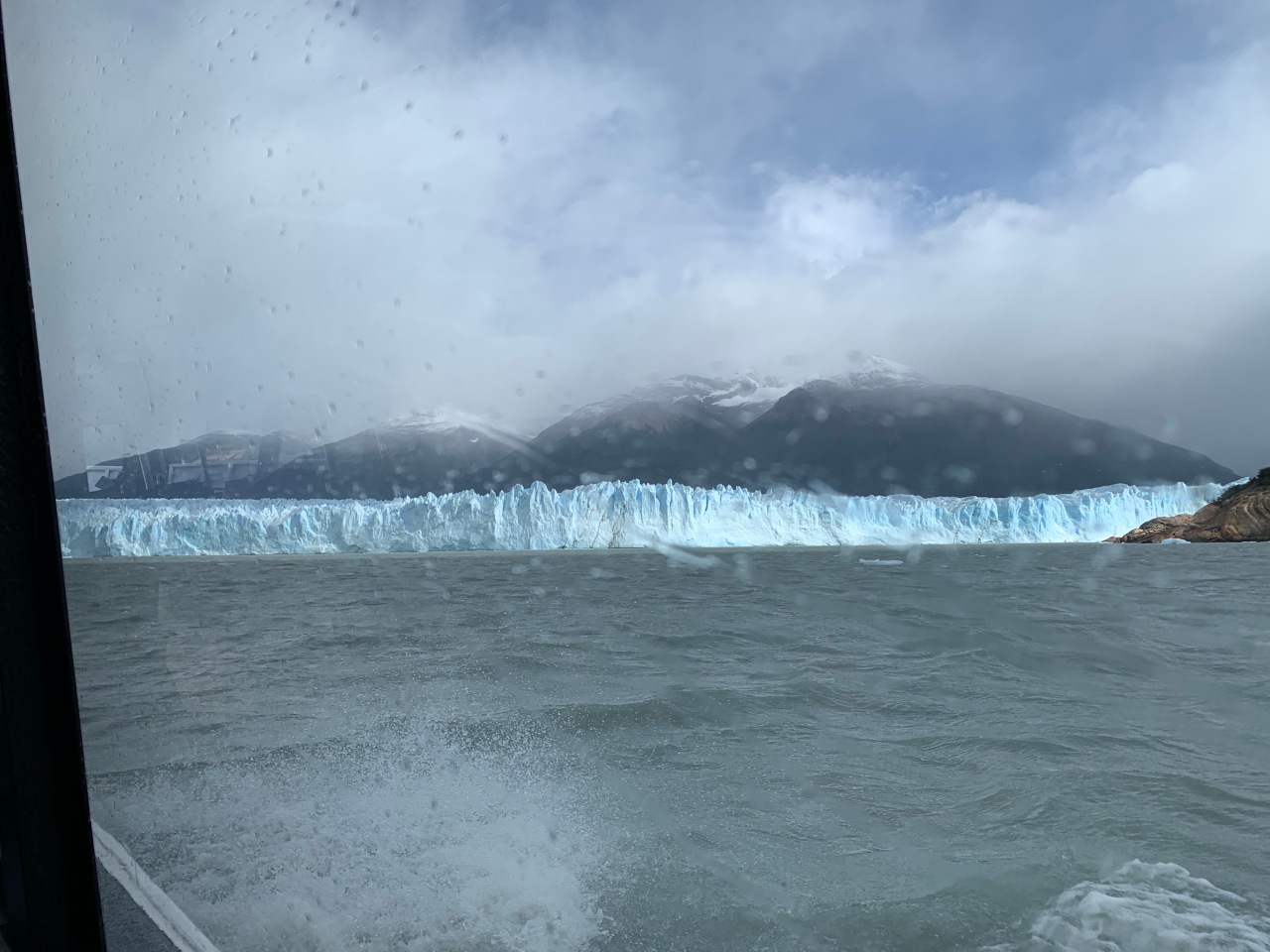 Being on the other side offered more beautiful colors contrasting with the glacier. 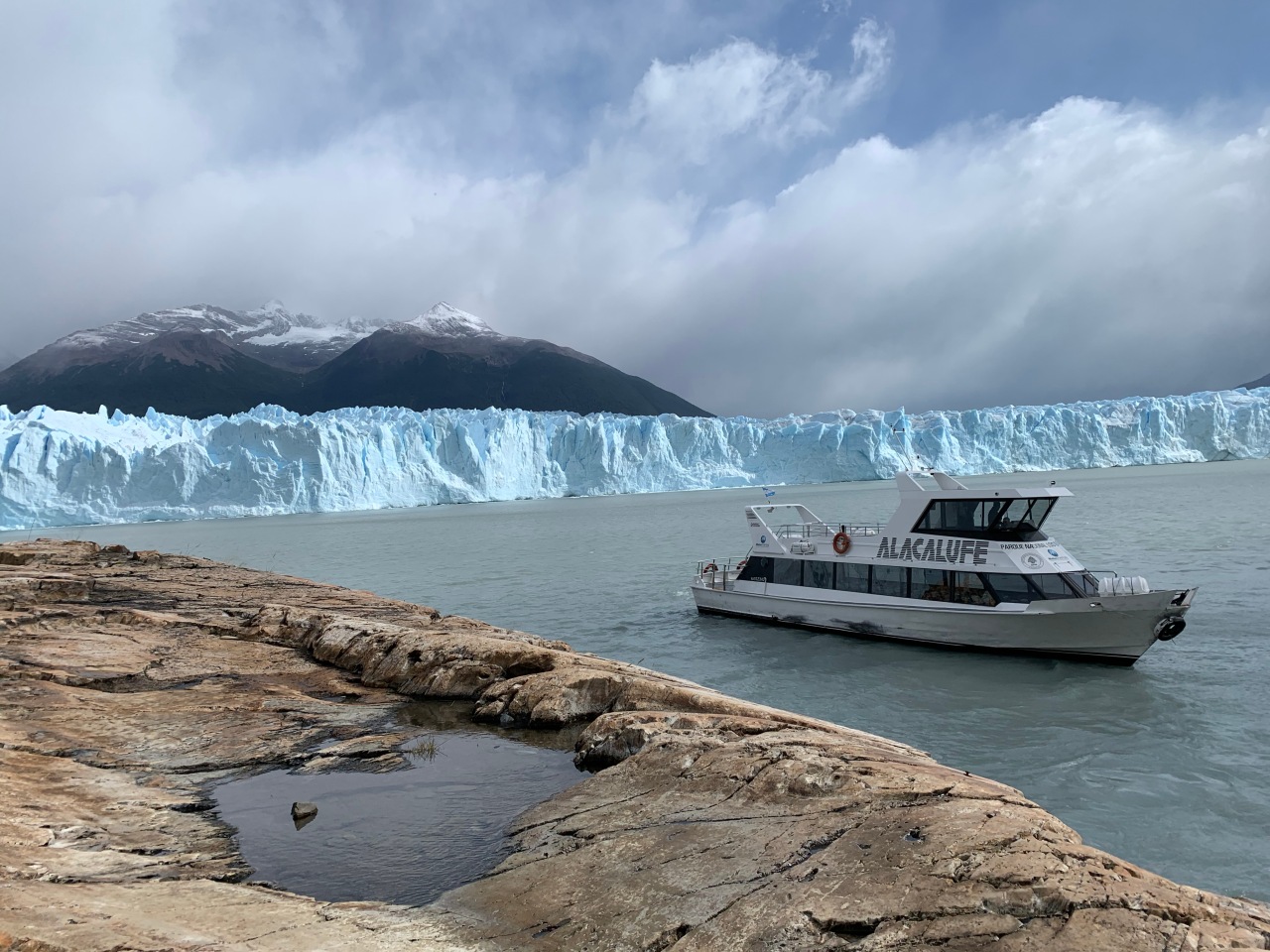 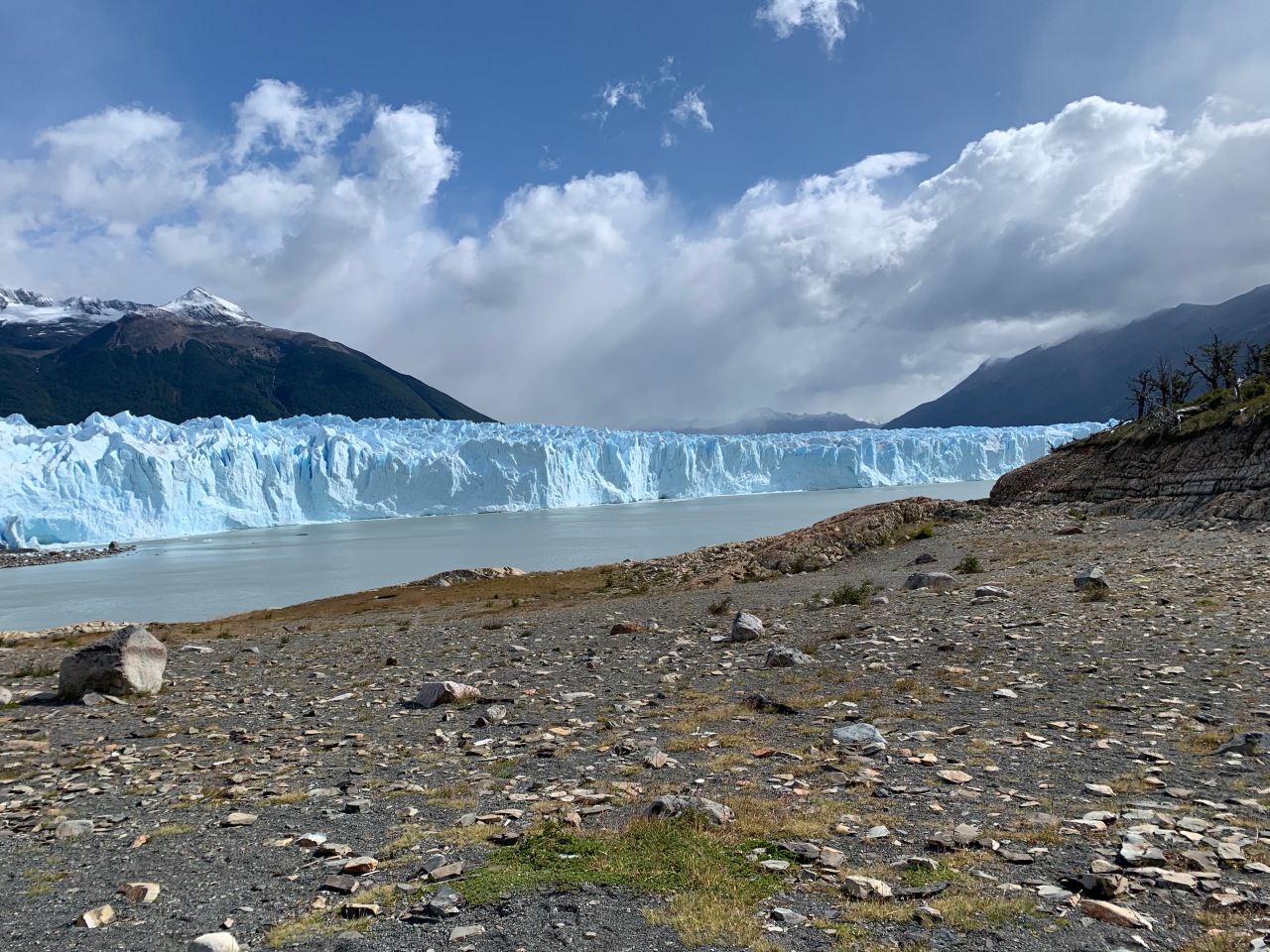 A different kind of beach 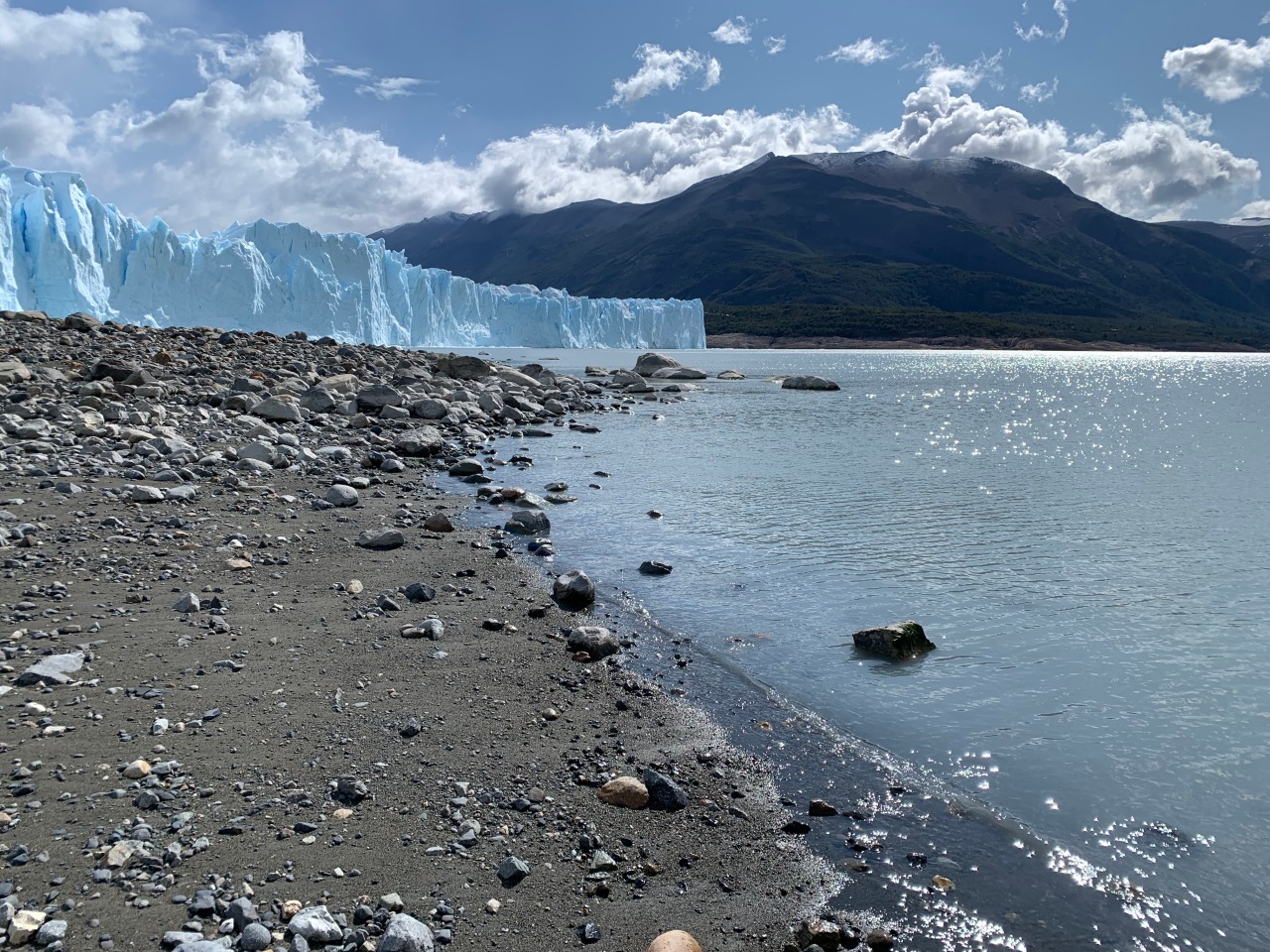 I’ve got plenty more pics and stories to share. Stand by for part 2, coming soon. Thanks for reading!