As previously mentioned, I attended the Washington Auto Show this past weekend with my wife and some friends. I’ve gone to the auto show almost every year since I moved to DC (I’m pretty sure I missed 2015, but can’t remember why). My in-laws jokingly refer to it as my Christmas because they know how excited I get to see all the cars. This year in particular I was excited to see the new C8 Corvette and the Mustang Mach-E. Neither of these vehicles disappointed: 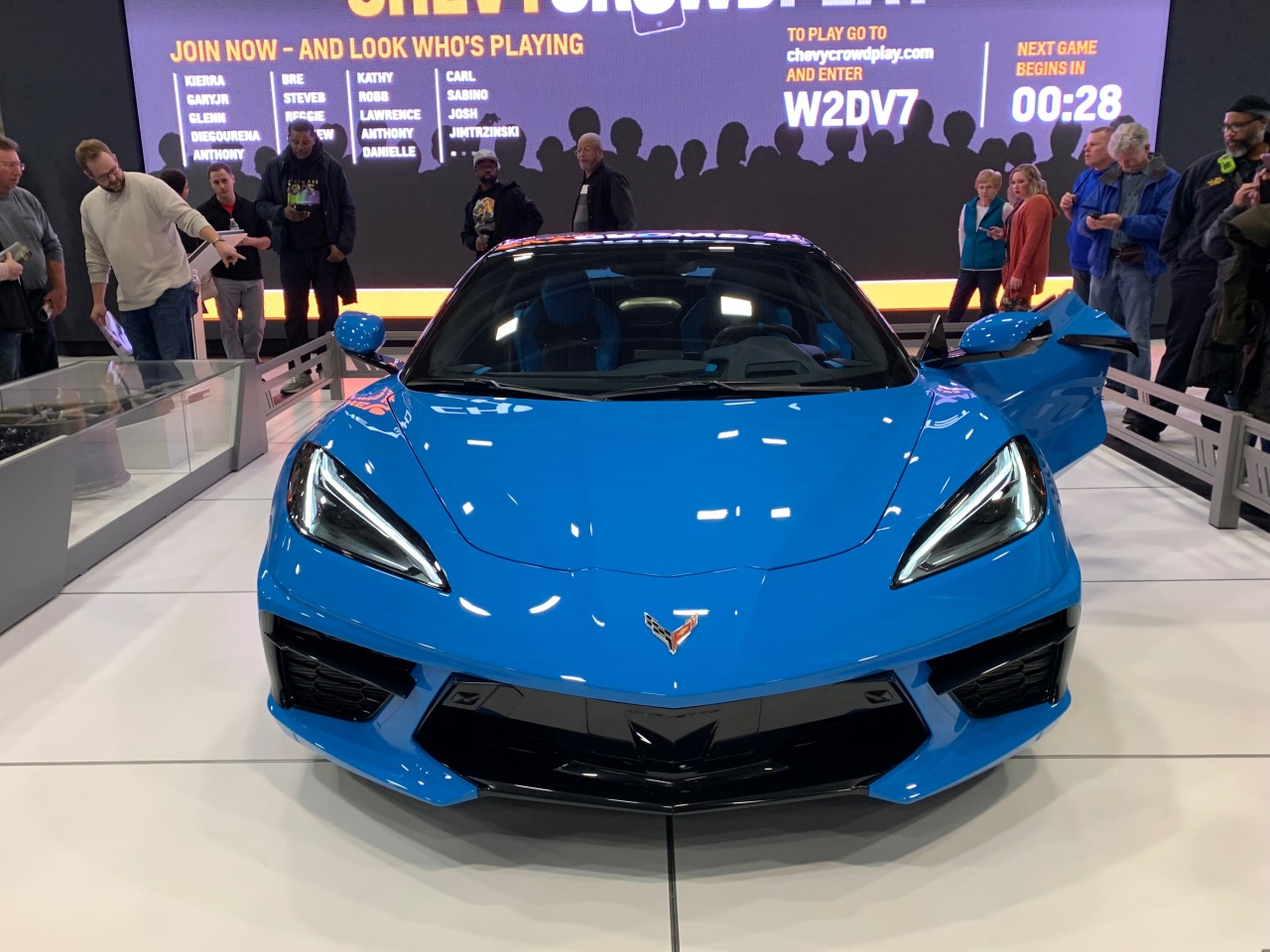 This blue reminds me of the “grabber blue” offered on a few different generations of Mustangs (including the Mach-E below, I believe)

I love the contrast of the black and blue on the rear. The back end of the Corvette was my least favorite part of the design until I saw it in person. It looks better in person than in photos. 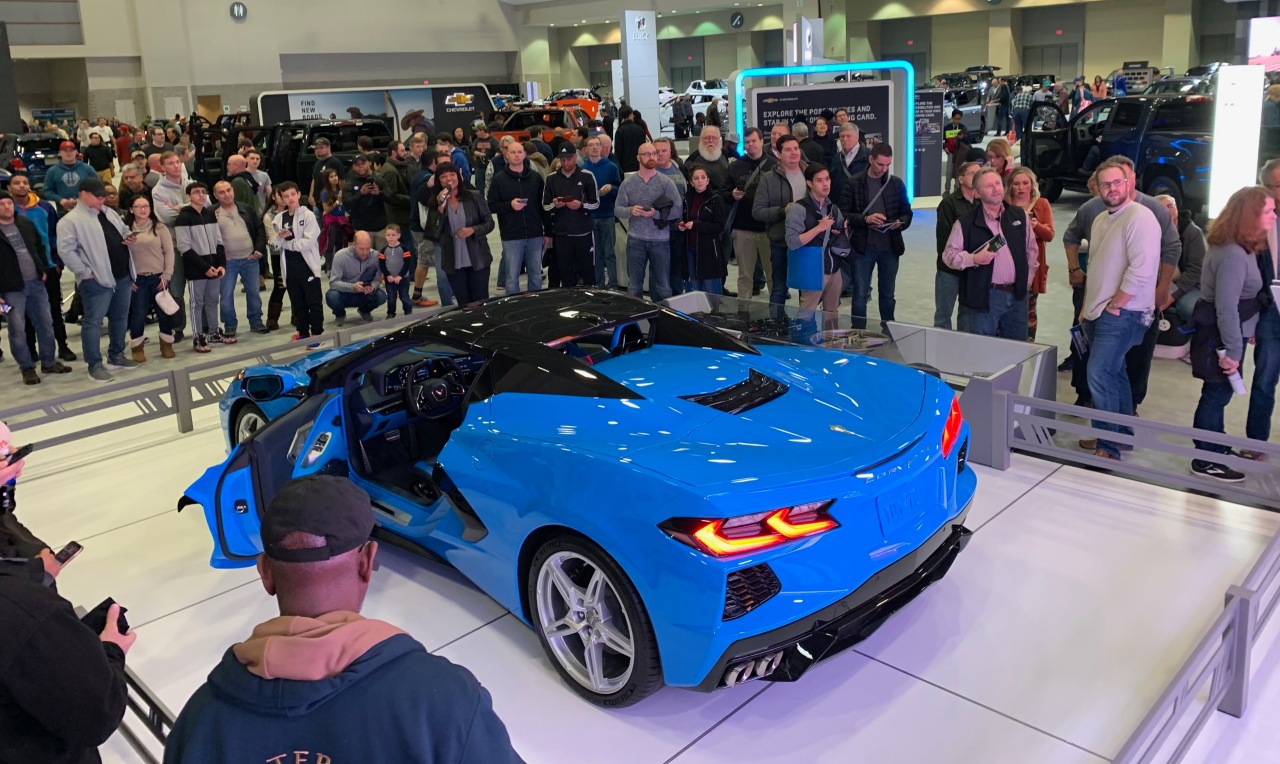 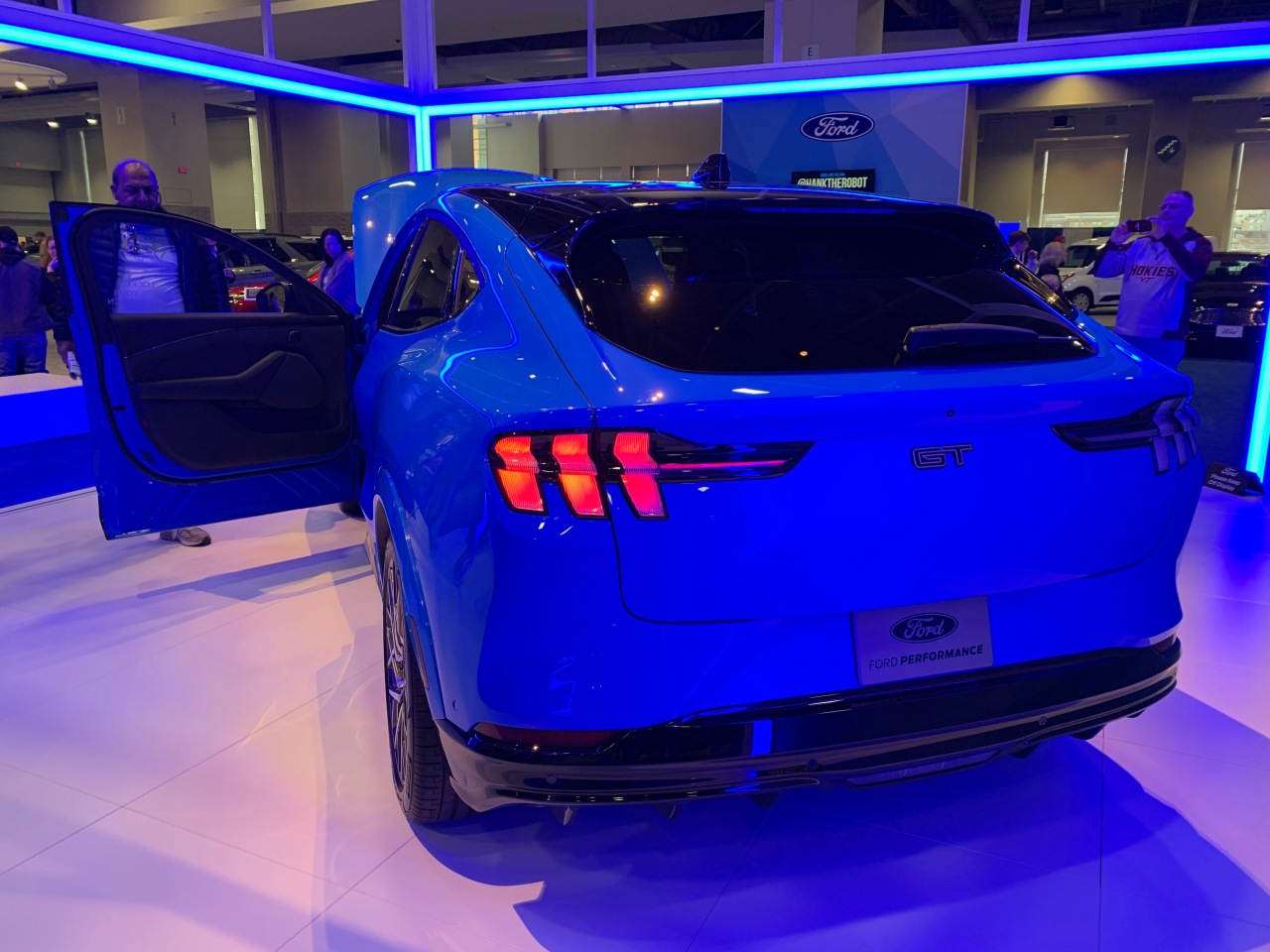 Continuing with the blue theme, I was pleased to see the new Shelby GT500 again. I’m pretty much obsessed with this car. Look at how mean the front end looks! Look at the size of those brakes! 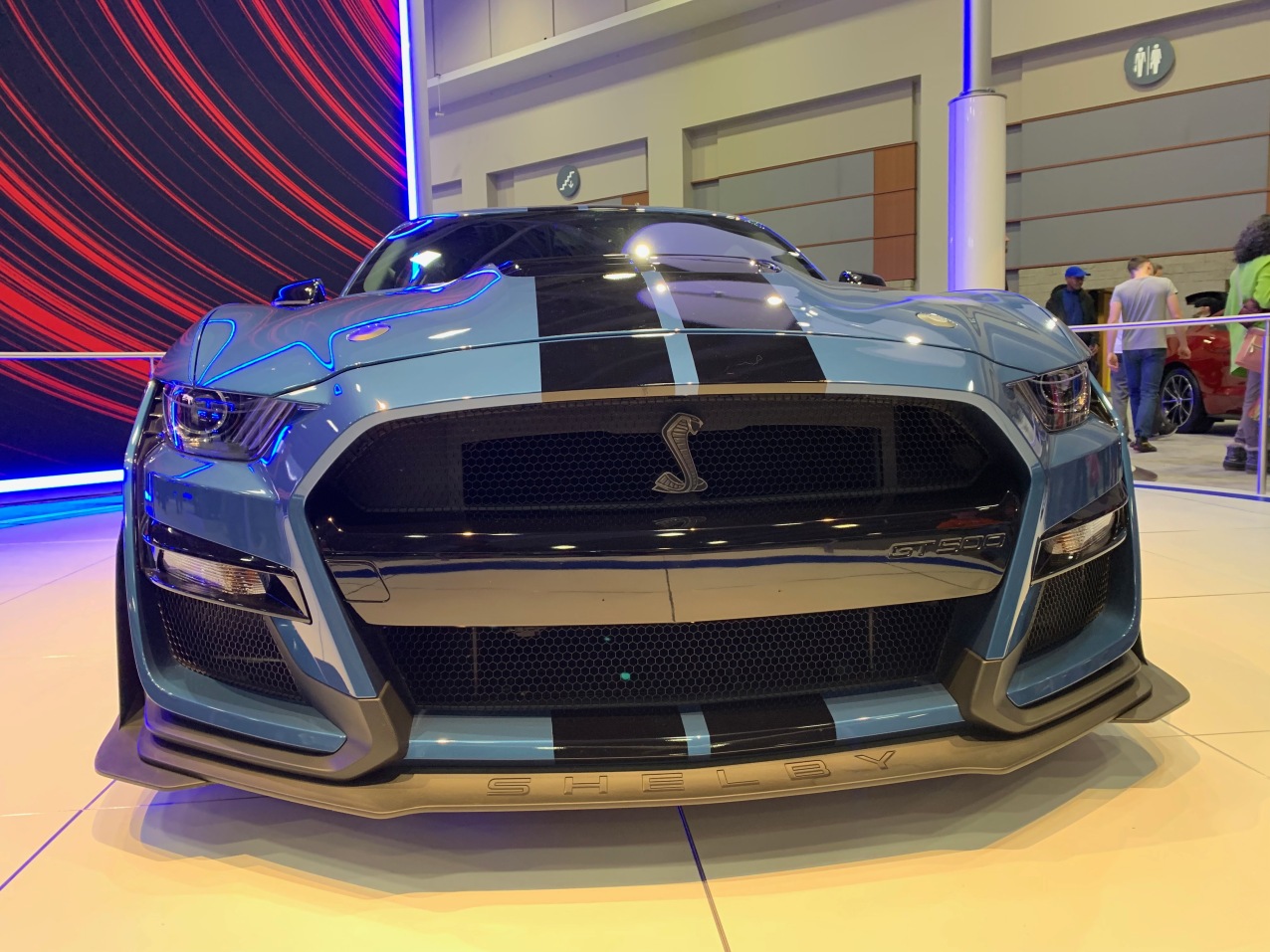 For this year’s show, they had a couple of new Supras on the floor, which folks were allowed to sit in. I was a little bit surprised to see that I could fit into the Supra, though it wasn’t exactly a comfortable fit. Tall people problems. The interior is pretty nice though. 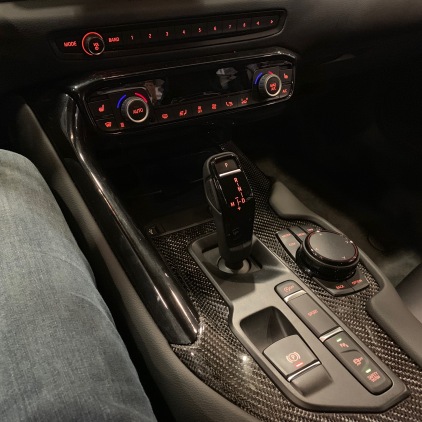 One vehicle I wasn’t expecting to see was this Jeep Wrangler Rubicon Plug-in Hybrid, because I had no idea it even existed. In fact, the gentleman who was attending the display area said that it wasn’t originally intended to be included in the show. Unfortunately, he didn’t have many details on the drive train or power train, but I’m very interested in seeing the specs on this when it comes out. It looks awesome and if it’s more fuel efficient than current iterations of the Wrangler, that’s even better (even though it will undoubtedly not be available with a manual – fingers crossed though). 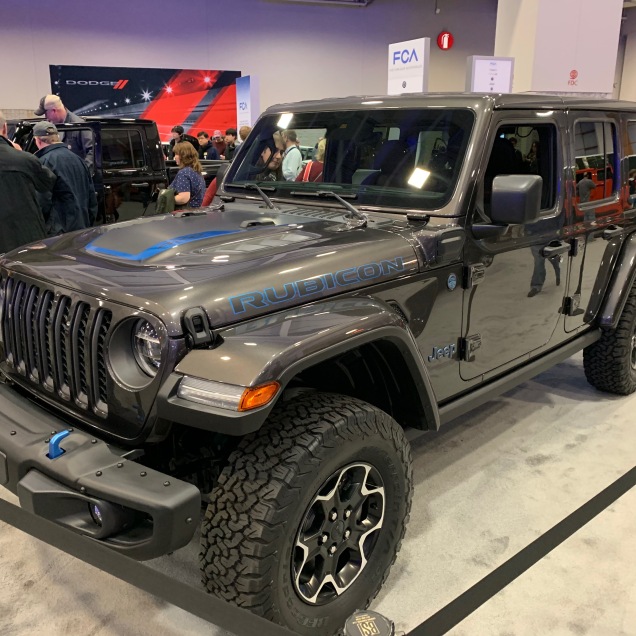 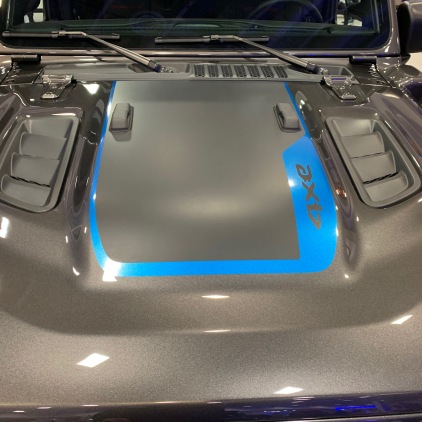 Pretty beastly looking hood. Those vents look very similar to the ones on my Mustang’s hood

Another vehicle I was pleasantly surprised by was the Jeep Compass. My wife and I both liked this shade of green and the interior was comfortable and spacious. The Compass has been on my radar for a while as a potential future family vehicle, partially because it has been one of the few crossovers available with a manual transmission. 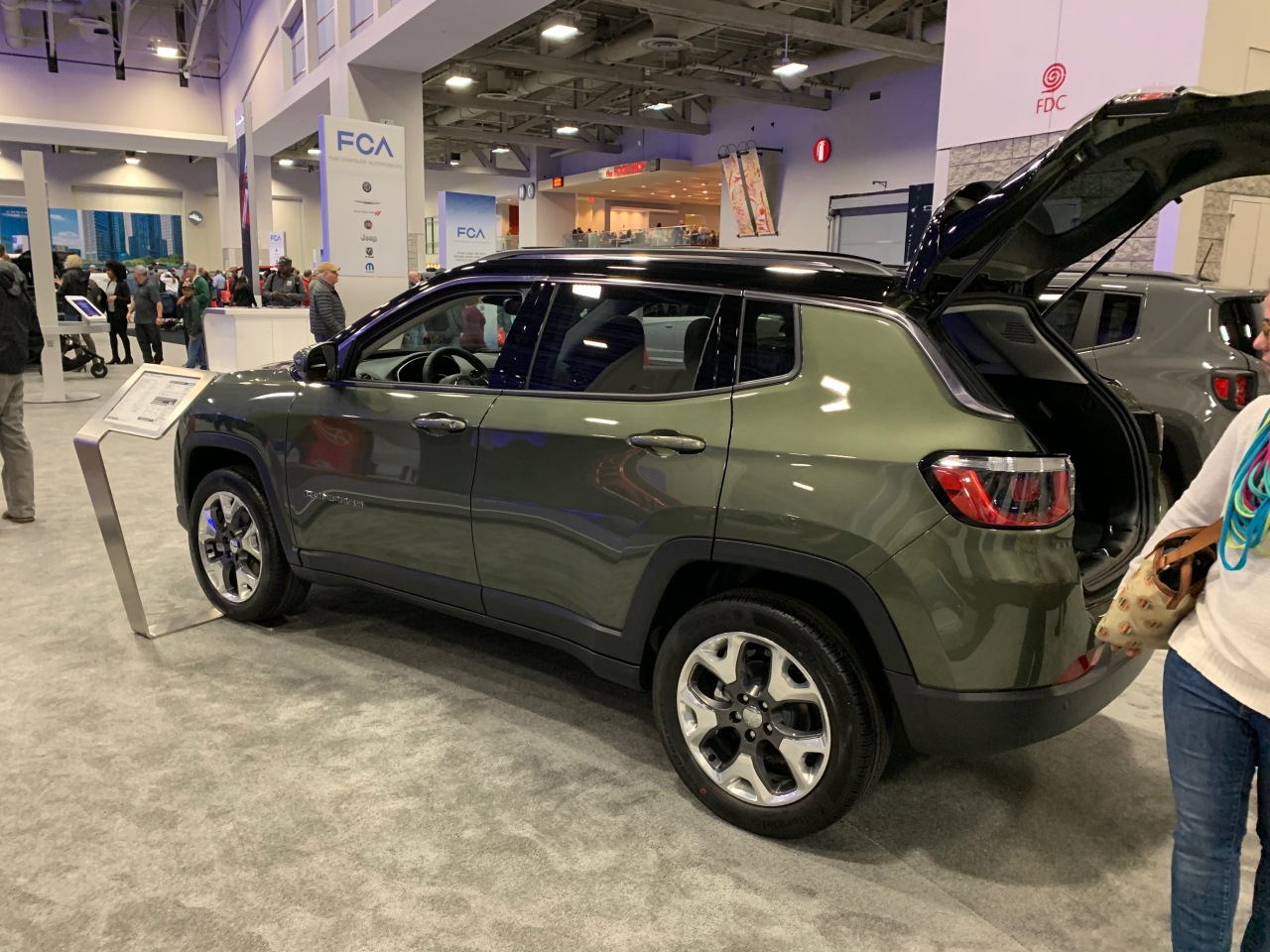 Stand by for more in part 2!